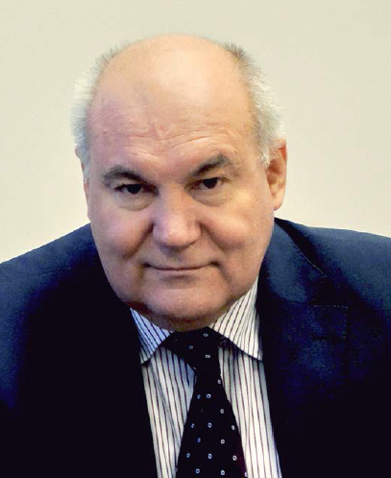 The year 2020 was marked by notable events – first of all, the 75th anniversary of the Victory in the Great Patriotic War and the anniversary of the nuclear industry. But it was also the first year of the pandemic that changed everyday life and became a test of strength for all of us, including for ARMZ Uranium Holding. The past year proved that the Mining Division employs true, dedicated professionals, who are not afraid of difficulties and, no matter the odds, work to get things done. While major mining enterprises suspended their work and reduced their production volumes, ARMZ Uranium Holding fulfilled the plan 103%. The nuclear industry got 2,850 tonnes of strategic metal.

The development of uranium assets was accompanied by continued systematic development of uranium deposits. In 2020, Khiagda JSC completed the construction of and prepared for commissioning the sites at the Vershinnoye deposit. In the reporting year, Dalur JSC completed geological exploration at the Dobrovolnoye deposit and started the construction of a pilot industrial uranium in-situ leaching site.

PIMCU, PJSC implemented in full the infrastructure construction programme for Mine No. 6 for the year 2020. We continued to develop non-uranium businesses – to form future assets of the Division. The past year was in many respects decisive for JSC Atomredmetzoloto’s long-term perspective, and that is why the priority topic of the report is The Mining Division’s business diversification as a sustainable development factor.

In 2020, the share of revenue from non-uranium projects for the first time reached almost 30% of the Division’s total revenue. It was primarily ensured by execution of the brown coal export contracts (ARMZ Service LLC) and the housing and utilities infrastructure modernization projects in the Chukotka Region (Elkon MMP JSC). VNIPIPT JSC engineering center and RUSBURMASH JSC service company showed high performance results, having increased their revenue from external projects severalfold (by 140% and 223% respectively). Such work performed amid the pandemic is a genuine breakthrough evidencing the high level of competencies and expertise of the Holding’s employees.

The Scandium project was brought to a commercial level, with 366 kilograms of scandium oxide sold in the reporting year. We continue to work on the project for development of the Pavlovskoye lead and zinc deposit in the Arctic region. The Division is developing gold ore deposits, acquired another license for gold production in the Chukotka Region (the Sovinoye deposit), and is continuing to develop the Severnoye deposit.

It should be noted that during the implementation of all projects we ensure a balance between achieving production goals and protecting the life and health of employees. Thanks to the highest level of responsibility of its personnel, ARMZ Uranium Holding is able to contribute significantly to the strengthening of ROSATOM’s position in the world uranium market and feel confident about the future.

Reporting materials of the Divisions